With the increasing rate of corruption and the impunity with which people brandish this fetid wave of moral decadence and abuse of public office in the country, there is cause to disrupt the power structures to make room for fresh ideas, innovation and forward thinking people with moral integrity to drive the nation to its proverbial promise land. That is what inspired co-directors Kobina Hagan and Esther Ohemaa Adjei, both National Service personnel at the University of Ghana School of Performing Arts to engage discerning members of the  our society rethink our future as a nation.

The perfect play to drive home this point for them is Wole Soyinka’s 1965 masterpiece, Kongi’s Harvest. President Kongi, the dictator of a developing country tries to move the country forward by any means necessary. However, he has the odious task of unifying the nation and making them believe in his ideas. To accomplish this he makes all government officials dress in traditional African wear and even seeks the council of Oba Danlola, the traditional ruler he disposed. To affirm his superior rule he requires Oba Danlola to present to him the ceremonial yam from the harvest at a state event. This will symbolize the complete transfer of power and total abdication of the traditional ruler to him.

To further immortalize himself he contemplates naming the ceremony in perpetuity after himself.  Kongi also hand picks his “council” of leaders to draft a five year development plan to unify and develop the country. These sycophants, as they turn out to be, seem by their obsequiousness abetted Kongi’s transmogrification into a grotesque dictator.

How have we in our silence or looking the other way, servility and eagerness to please people in power for the sake of stuffing our bellies or for whatever fleeting privileges contributed to the stunted growth of our country? Soyinka seems to ask.

Aptly interspersed with humor, rich African proverbs (most of them difficult to decipher), graceful and complementing imagery, the 110 minute long play grips the attention of discerning audiences eliciting a wide range of emotions and provoking thoughts. The equally splendid performance was nothing short of a School of Performing Arts standard; appropriate costuming, excellent articulation, aesthetic elegance and verve. The gracefully choreographed dances by the genteel bevies is a sight to behold.

Well, it is a Soyinka play. There is definitely something I have missed. Something deeper, sublime and elusively obvious. Why not take a trip to the E.T. S. Drama Studio today and catch the last run of Kongi’s Harvest on 22nd and 23rd of March, 2014. 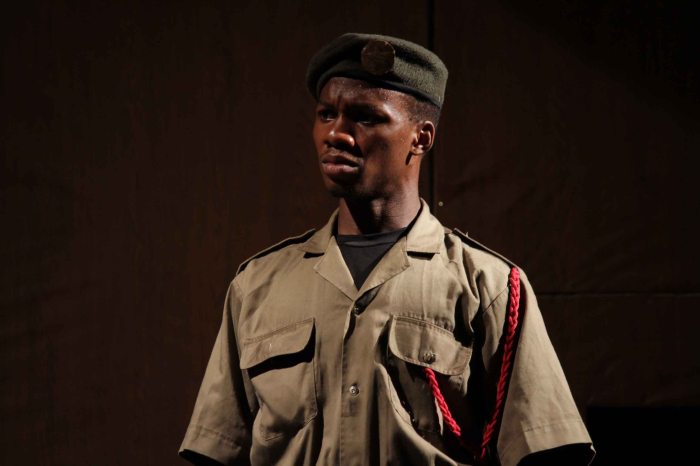 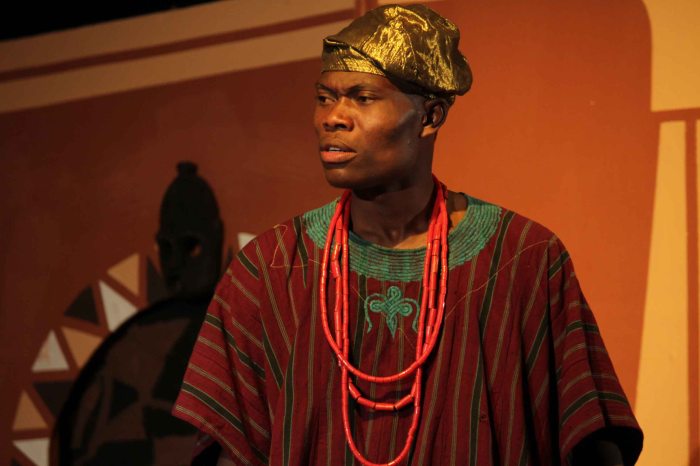 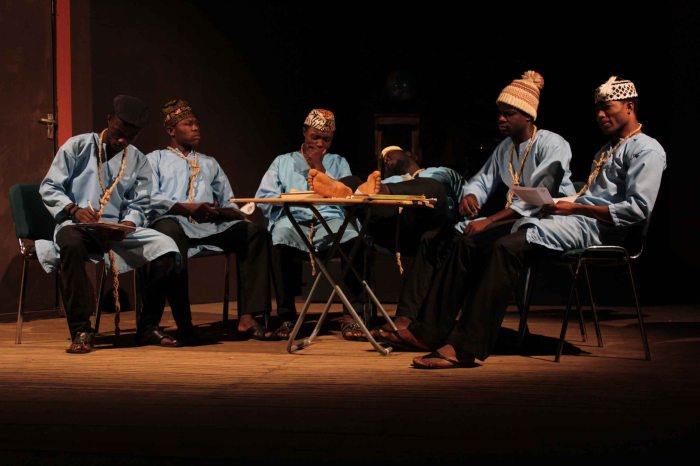 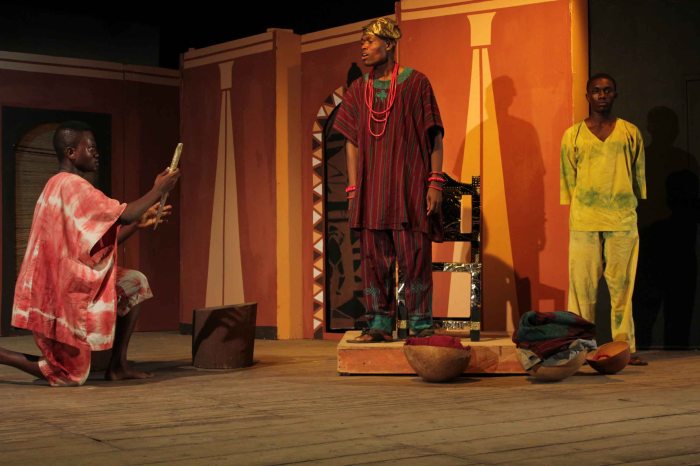